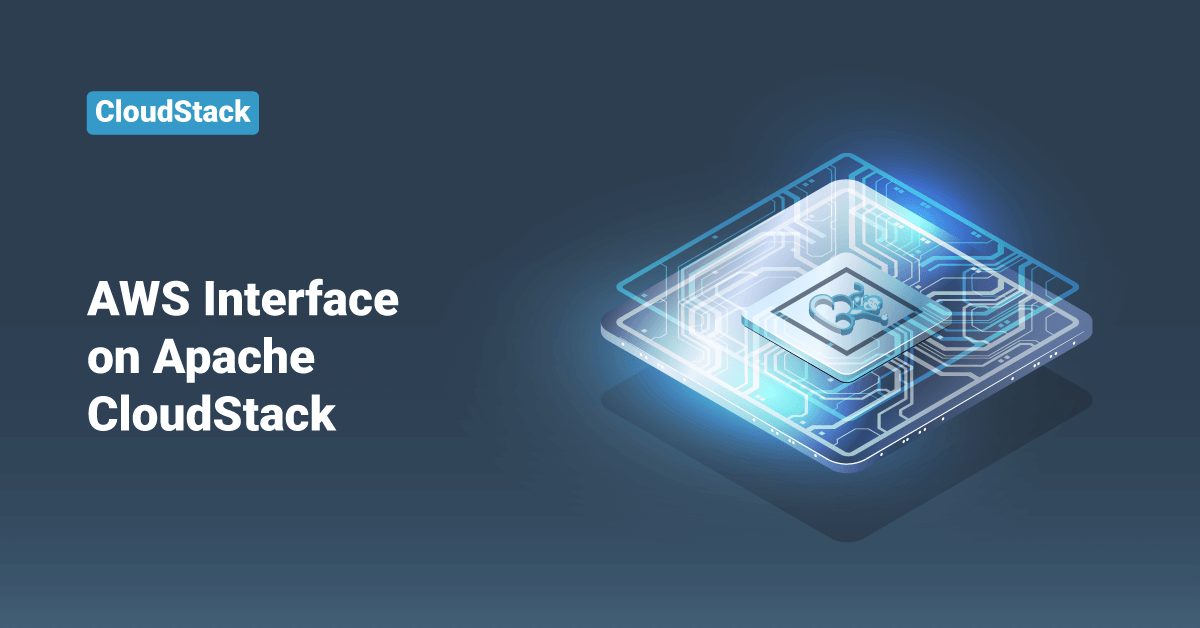 This tutorial focuses on the steps to configure Amazon Web Services Interface on Apache CloudStack.

Apache CloudStack is a free and open-source Infrastructure as a Service (IaaS) platform that orchestrates and manages pools of the network, storage, and other computer resources to build a private or public IaaS compute cloud. Apache CloudStack allows any IT service provider to offer public cloud services to their customers. It can also be used by companies who wish to offer hybrid and private cloud services to their users.

In this tutorial, we will learn the steps to configure Amazon Web Services Interface on the Apache CloudStack server.

Some of the limitations of AWS compatible interface are:

The software that provides Amazon Web Services API compatibility is installed along with Apache CloudStack. Users must enable the services and perform some setup steps before using them.

1. Make sure to set the global configuration parameters for each service to true.

Warning: Be sure that we have included the Amazon default service offering, m1.small, and EC2 instance types that they will use.

3. If the user did not already do so when they set the configuration parameter in step 1, restart the Management Server by executing the following command.

To enable the S3 and EC2 compatible services, users need to set the configuration variables to enable.s3.api and enable.ec2.api to true. Users do not have to enable both at the same time and enable the ones which they need. Users can do this via the API or the CloudStack GUI by going in Global Settings.

The below snapshot shows how to use the Apache CloudStack GUI to enable these services:

Using the Apache CloudStack API, the easiest is to use the integration port to make unauthenticated calls. Set the port to 8096 in Global Settings and subsequently call the updateConfiguration method. To do so, execute the following commands:

Once we have enabled the services, restart the server.

Users will also need to define compute service offerings with names compatible with the Amazon Elastic Compute Cloud instance types API names, such as m1.large, m1.small. Users can do this via the Apache CloudStack graphical user interface (GUI). For that: 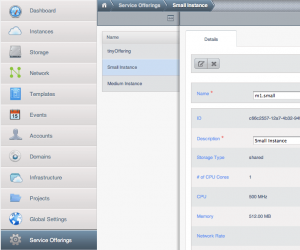 The AWS API always listens for requests on port 7080. If the user prefers AWS API to listen on another port, they can change it as follows:

Users will have to re-enable the services and update the port if they have re-installed the Apache CloudStack.

To use the AWS EC2 command-line tools, the user must follow these below steps:

The Amazon Elastic Compute Cloud command-line tools have a default connection timeout. When used with Apache CloudStack, a longer timeout might be needed for some commands. If the commands are not completing due to timeouts, users can specify a custom timeout. They can add the following optional command-line parameters to any Apache CloudStack-supported EC2 command:

This tutorial presents the steps to configure Amazon Web Services Interface on Apache CloudStack. Hope this tutorial was helpful, and do reach out to us if you have any query or suggestions.