Set up Simple Firewall Management with UFW in Hetzner Cloud 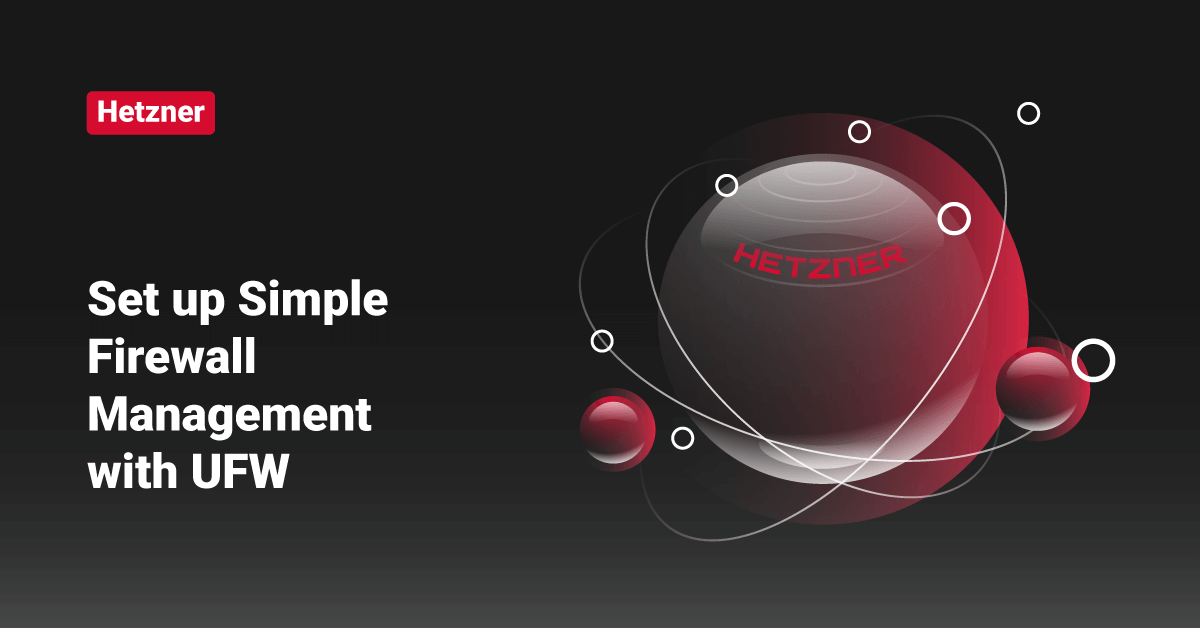 This tutorial focuses on the steps to set up simple firewall management with UFW in Hetzner Cloud.

Uncomplicated Firewall, commonly known as UFW, provides an additional application wrapper for iptables for end-users to manage a Netfilter firewall. UFW has already been available on all Ubuntu installations since version 8.04 LTS. Users can also install it on any other Linux distribution. In this tutorial, we are going to the steps to set up simple firewall management with UFW in Hetzner Cloud.

By default, UFW is included in all operating system builds since Ubuntu 8.04 LTS and does not need to be installed later. If UFW is not available in the system or has to be reinstalled, this is possible by executing the following command:

The installation package for UFW (Uncomplicated Firewall) is already in the official Debian package repository and can also be easily installed by executing the following package manager command:

Unfortunately, UFW is not included in the CentOS package repository by default. However, users can quickly install the package via the EPEL repository by executing the following command:

Step 2: Getting Started with UFW

After successfully installing UFW in the user’s operating system, it is necessary to activate the UFW service, ensuring that UFW is also perfectly reactivated when the server is restarted. To set up UFW in Hetzner Cloud, follow the below steps:

When getting started with UFW, there did not exist any rules. Setting up the default policies used as fallback rules is recommended once there is no explicit rule. We need to configure UFW (Uncomplicated Firewall) with the following commands to deny all incoming connections but allow all outgoing connections.

These rules are not active yet, because we did not enable the UFW service at this point.

If the users are working on a remote system via SSH, we should allow the SSH port or SSH service first. Otherwise, the user may need to lock themselves out of the system.

If the users are using the default SSH configuration, the SSH daemon listens at port 22. The users can use a shortcut to allow the connections to this port by:

However, if the user’s SSH server listens to a different port, they can create a manual rule by executing the following command. In this tutorial, we are using the example port: 2222, as shown below:

After this step, we need to enable UFW on the server.

Once the user has configured a rule for their SSH server, they can enable UFW by executing the following command:

Maybe, The users will get a warning message which reminds them about creating a rule for SSH connections, and if the users have created this rule, they can confirm it by pressing y and clicking the ENTER button.

Now, the UFW firewall is enabled in the system, and the UFW service is active. Users can check the current status of UFW by executing the following command at any time:

If the user is using IPv6, it is recommended to check the UFW configuration file for the option settings that enable the IPv6 component. For most systems, this option is already set. Users can open the UFW settings file using nano or any other text editor:

In the file, search for the key named IPV6 and set the value to yes as shown by the example down below:

Users can leave the file unchanged if the value is already set to yes as IPv6 for UFW is already enabled.

After setting up the basics for UFW, users can continue to add the connection rules, which may be important for the user. Users can do this in two different methods:

Users need to use this option when they are not using the application’s default ports or don’t want to take advantage of the pre-configured profiles from UFW.

The below example rule does open port 25 on top of the TCP protocol:

By modifying the port or protocol, for example, to UDP, when users need to allow a port for UDP connections, they can add every network-related application to the firewall list.

If the user is using default application ports, they can also use the shortcut configurations. To list the available services, users can execute the following command: 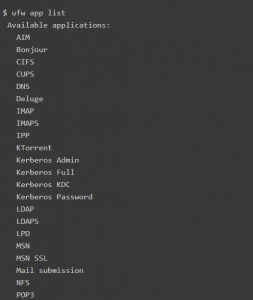 To enable one of the profiles listed in the output of the above command, users just need to call the UFW enable command using the service name as an argument, such as:

After executing the above command as a confirmation, UFW will inform the user of the rules/ports added to the list.

To view all the enabled rules, users can execute the following command:

The easiest way to delete a rule in UFW is to display the “List Rules” ‘s numbed version and apply the delete command.

First, execute the following command to list the numbed version:

Then, execute the following command to delete the rule by inserting the number of the rule, such as:

If the user needs to disable the UFW firewall for any debug purposes, they can trigger this by executing the following command:

Once the user wants to enable the firewall again, they can follow the instructions listed in Step 2.

To reset all rules and settings of UFW to the default values, execute the following command:

This tutorial presents the steps to set up simple firewall management with UFW in Hetzner Cloud. Hope this tutorial was helpful, and do reach out to us if you have any queries or suggestions.