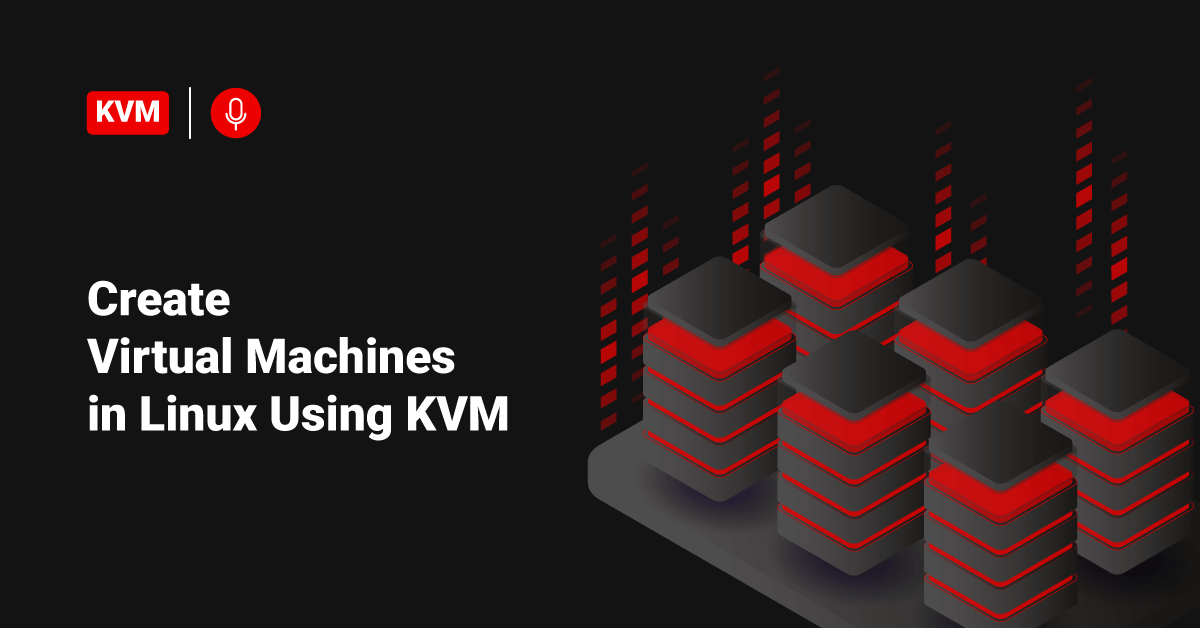 This tutorial discusses the introduction of KVM (Kernel-based Virtual Machine), features, and steps to create a VM (virtual machine) using KVM under RedHat-based-distributions, such as RHEL/CentOS7 and Fedora 21.

Users will gain many useful features and advantages when they use KVM to deploy their virtual platforms or machines. KVM (Kernel-based Virtual Machine) hypervisor will support the following features:

1. Over-committing: This feature helps users allocate more virtualized memory or CPUs than the available resources on the system.

Ensure that the user system has the hardware virtualization extensions:

For Intel-based hosts, verify the CPU virtualization extension [vmx] are available by executing the following command:

For AMD-based hosts, verify the CPU virtualization extension [svm] are available by executing the following command:

If there is no output, make sure that virtualization extensions are enabled in BIOS. In order to verify that KVM modules are loaded in the kernel (it should be loaded by default) by executing the following command:

The output of the above command should contain kvm_intel for intel-based hosts or kvm_amd for amd-based hosts.

Before starting, the user will need the root account or non-root user with sudo privileges configured on their system and ensure that their system is up-to-date. For that, execute the following command:

Make sure that Selinux is in Permissive mode by executing the following command:

2. Next, install the below tools to administrate the platform, such as:

4. The virtualization daemon that manages the platform is “libvirtd”. Execute the following command to restart libvirtd:

5. After restarting the daemon, then execute the following command to check its status:

1. Although virt-manager is a GUI-based tool, users could also launch/start virt-manager from the terminal and GUI. 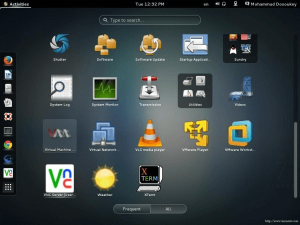 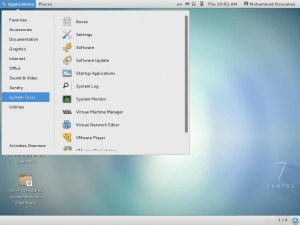 2. After starting the tool, a window will open:

3. By default, users will find the manager is connected directly to the local host. Fortunately, they could use the same tool to manage another host remotely. Select the Add Connection option from the File tab.

Check the Connect to remote host option, then provide the Hostname/IP of the remote server. If the user needs to establish the connection to the remote host every time the manager starts, just check the Auto Connect option.

4. Return to the localhost; before creating a new virtual machine, the user should decide where to store the files. Users should create the Volume Disk (Virtual disk / Disk image ) for their virtual machine.

Right-click on the localhost and select the Details option and then select the Storage tab. 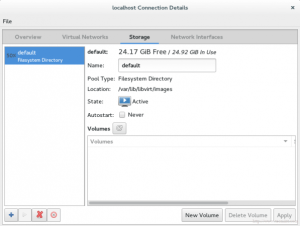 5. Next, press the New Volume button and enter the name of the user’s new virtual disk (Volume Disk). After that, enter the size that the user wants/needs in the Max Capacity section. 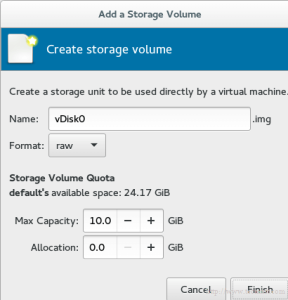 6. After that, users can view a label of the new Volume Disk in the list, as shown below: 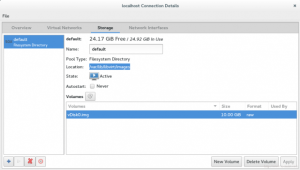 Also, note the new disk image (Volume Disk) path. By default, it will be under the /var/lib/libvirt/images directory. Users can verify it by executing the following command:

7. Now, press the VM button in the main window to create a new VM. This will open the below wizard window: 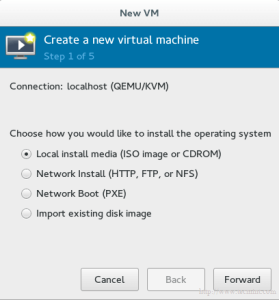 8. Select the installation method which we will be using to create the virtual machine from the list. In this tutorial, we will be selecting the Local install media option.

9. Next, specify the type of Local install media. There are two types: From ISO image and From physical [CDROM/DVD]. In this tutorial, we will be using the ISO image method. Then, enter or browse the path of the ISO image: 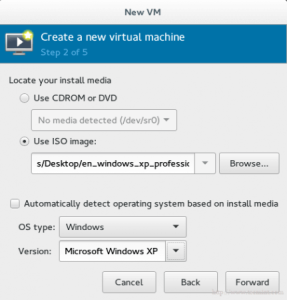 >> Note: Unfortunately, there’s a really silly bug for those who use RHEL/CentOS7. This bug prevents the users from installing VM using physical [CDROM/DVD]; they will find this option greyed out.

10. In the storage section, use the virtual disk that we have created early, as shown below: 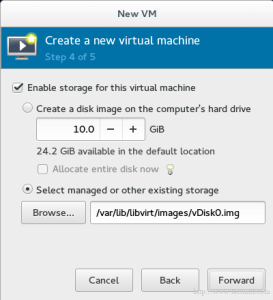 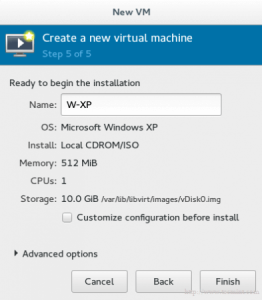 If the user wants to change some configuration or do some customization, check the Customize configuration before install option. Then, click the Finish button and wait seconds. After the installation, a control console will appear for the Guest operating system to manage.

This tutorial presents the introduction of KVM (Kernel-based Virtual Machine) and the steps to create a VM (virtual machine) using KVM under RedHat-based-distributions, such as RHEL/CentOS7 and Fedora 21. Hope this tutorial was helpful, and do reach out to us if you have any queries or suggestions. 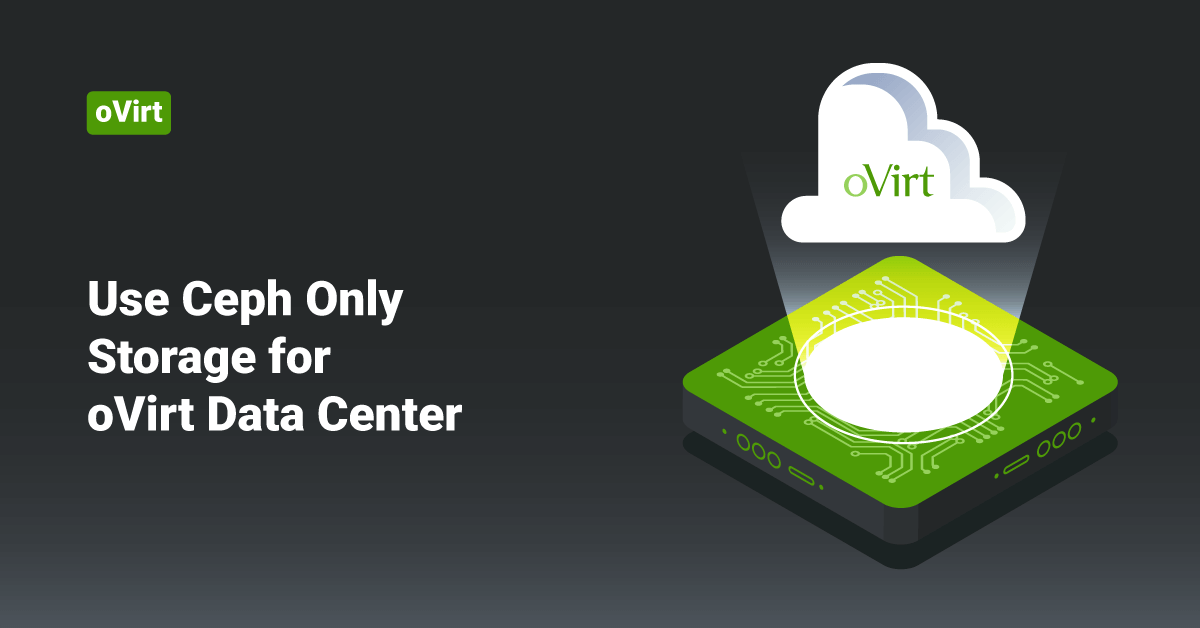 Use Ceph Only Storage for oVirt Data Center

Focus on your business, and let us take care of your KVM Servers!
From what you are reading, it seems you are interested in KVM and related technologies. If you have a moment to spare, please take a look at our KVM Management plan, which might interest you even more!
KVM Management Plan