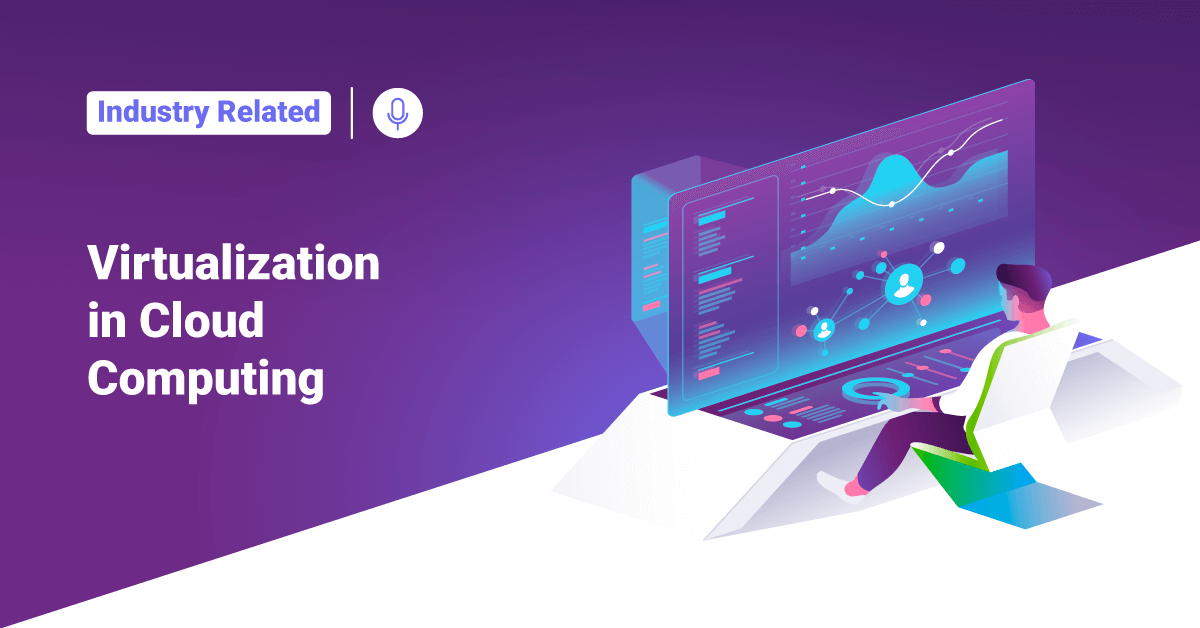 This tutorial explains the introduction and advantages of Virtualization in Cloud Computing.

VMware is a virtualization program that helps to introduce multiple operating systems on a single system or server. VMware customers can run or test different operating systems without modifying anything in the system.

In cloud computing, Virtualization or Virtualisation is the “creation of a virtual (rather than actual) version of resources in a VMware, such as a server, an operating system, a hardware device, a storage device, a desktop, network resources, or software device”. In other words, Virtualization is a technique that allows users to share a physical instance of a resource or an application among multiple organizations and customers. It does this process by assigning a logical name to physical storage and providing a pointer to that physical resource when demanded.

There are mainly four types of Virtualization, and they are:

The virtual machine manager (VMM) or virtual machine software is directly installed on the hardware system called hardware virtualization. The hypervisor’s main job is monitoring and controlling the memory, processor, and other hardware resources.

After virtualizing the hardware system, users can install the different operating systems on it and run different applications on those Operating Systems.

Hardware virtualization is mainly done for the server platforms because controlling virtual machines is much easier than controlling a physical server.

Server virtualization is done because a single physical server can be divided into multiple servers on a demand basis and load balancing.

Storage virtualization is mainly done for backup and recovery purposes.

How does Virtualization work in Cloud Computing?

Some of the common benefits of Virtualization in Cloud computing are:

Many organizations are using old-school methodologies for migration even today. They have been doing so because they had made a substantial investment back in the day to make sure their IT systems were always up and running.

With the current digital transformation stream, organizations are looking to move to the cloud for various advantages. Users always face challenges in the migration of such a large amount of data from on-premise to cloud.

Virtualization can make this task much more accessible because most of the data would already be available on a server. Hence, migrating all the data to the cloud would be much easier.

Most businesses spend various capital setting up their servers and systems but eventually use only a fraction of it effectively. Instead, if the user opts for virtualization, they can create multiple instances on the same hardware and extract the maximum value. In this way, users can save hardware costs and attain a high-efficiency level all the time.

This tutorial explains the introduction and advantages of Virtualization in Cloud Computing. Hope this tutorial was helpful, and do reach out to us if you have any query or suggestions.

All you will ever need under one roof with superior quality of service
Are you a web hosting business owner? Running a data center? Cloud service provider? Server owner, or do you own a WordPress website? We provide services and solutions for all your requirements for an affordable rate with quality second to none.
Why Us?