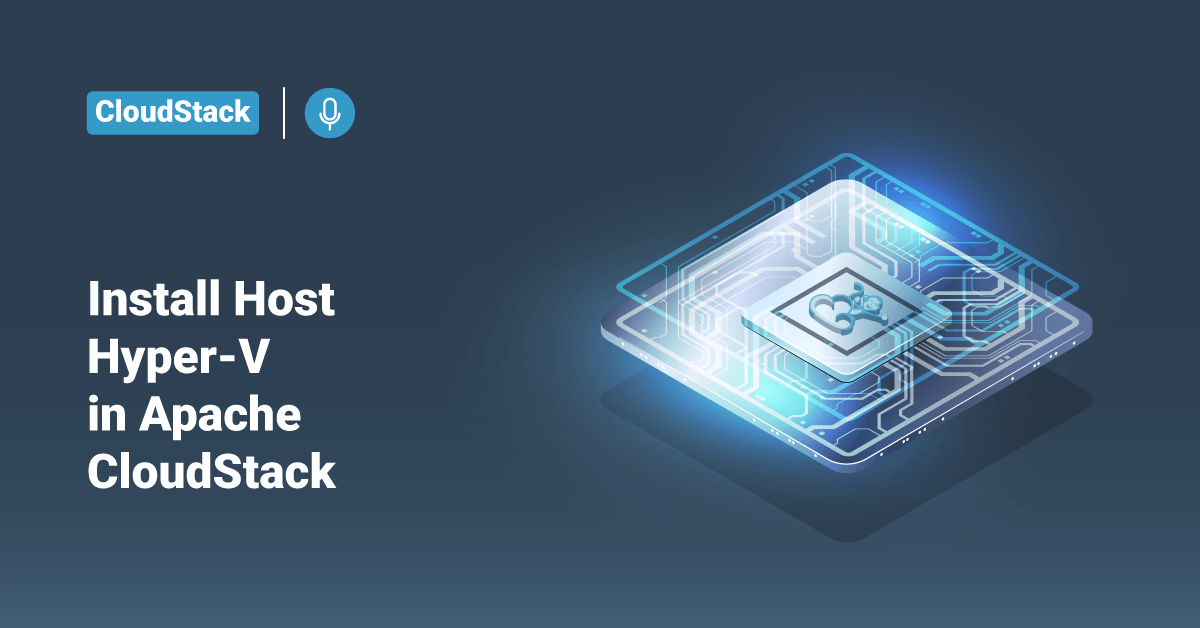 This tutorial focuses on the steps to use Hyper-V hypervisor to run guest virtual machines and install Hyper-V on the hosts in Apache CloudStack.

Apache CloudStack is a free and open-source Infrastructure as a Service (IaaS) platform that orchestrates and manages pools of the network, storage, and other computer resources to build a private or public IaaS compute cloud. Apache CloudStack allows any IT service provider to offer public cloud services to their customers. It can also be used by companies who wish to offer hybrid and private cloud services to their users.

The system requirements to run Hyper-V Hypervisor hosts in Apache CloudStack are:

For the smooth installation of Hyper-V Hypervisor hosts in Apache CloudStack, gather the following details before starting:

Then, add the created certificate to port 8250 for HTTPS communication by executing the following command.

>> Note: Thumbprint is the thumbprint of the certificate users created.

Users should plan how the hosts will be cabled and which physical NICs will carry what types of traffic. By default, Apache CloudStack will utilize the device that is used by the default route.

If the users are using Hyper-V 2012 R2, manually create an external virtual switch before adding the host to the Apache CloudStack. If the user wants to add Hyper-V host to the Hyper-V manager, select the host, click Virtual Switch Manager, and then New Virtual Switch. In the External Network, select the desired NIC adapter and finally click the Apply button.

If the users are using Windows 2012 R2, the virtual switch is created automatically.

Apache CloudStack allows administrators to set up shared Secondary and Primary Storage that uses SMB. For the same, follow the below steps:

1. Create an SMB storage and expose it over SMB Version 3. Users can also create and export SMB shares using Windows. After installing the Windows Server 2012 R2, select the File and Storage Services from Server Roles to create an SMB file share.

2. Add the Server Message Block (SMB) share to the Active Directory domain. The hosts and the SMB share managed by Apache CloudStack need to be in the same domain. However, the storage can be accessed from the Management Server with domain user privileges.

3. While adding storage to Apache CloudStack, ensure that the correct domain and credentials are provided. This user should be able to access the storage from the Management Server.

This tutorial presents the steps to use Hyper-V hypervisor to run guest virtual machines and install Hyper-V on the hosts in Apache CloudStack. Hope this tutorial was helpful, and do reach out to us if you have any query or suggestions.