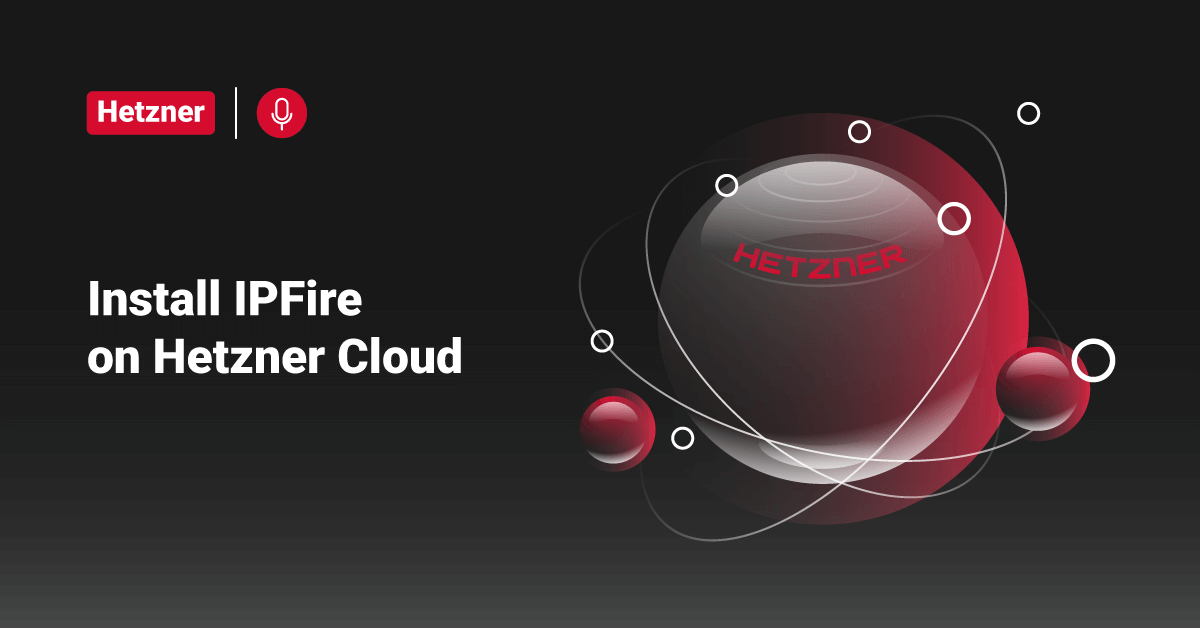 Hetzner Cloud is a well-known data center operator and internet hosting company from Germany. This article presents the steps to get IPFire running on a Hetzner Cloud.

IPFire is a dedicated firewall that users can install in any network, like data center, home, etc. It is a fast, versatile, and secure open-source firewall based on Linux. Besides being a stateful inspection firewall, it can also analyze data packets with its Intrusion Prevention System (IPS) and work as a VPN gateway. In addition, IPFire comes with many add-ons that can extend its functionality further. Users can run IPFire in their new cloud products to protect the servers.

However, Hetzner Cloud does not provide a ready-to-use IPFire image, so it needs to be installed manually. To install IPFire on Hetzner Cloud, follow the below steps: 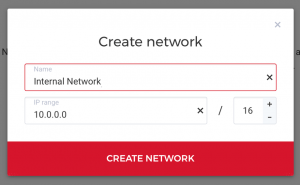 In the above screenshot, we will use the default size of 10.0.0.0/16, which will create a subnet 10.0.0.0/24 automatically. Also, the newly created network is named Internal Network. 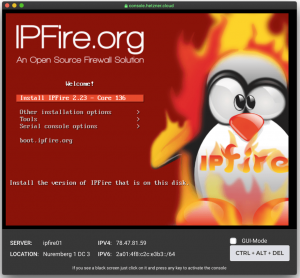 – Create a partition and format the hard disk

– Extract the system to disk.

This routine will greet you to select the keyboard layout and other setups.

At the network configuration setup, select GREEN + RED, and assign the network interfaces as shown below. Unfortunately, there is no way to figure out which MAC address belongs to which networks, so the user may need to select something and swap them later. 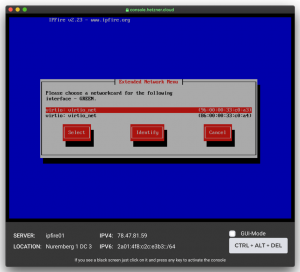 In the GREEN network interface setup page, assign the IP address you observe in the Networking tab of the server for the internal network. In this example, it is 10.0.0.2. Of course, 10.0.0.1 will always be used as the default gateway, which we will need to configure in the upcoming steps. 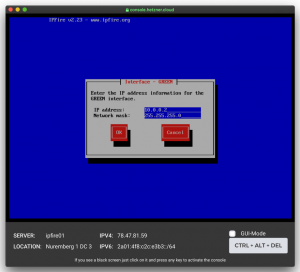 Users can use DHCP to configure the RED interface automatically. A DHCP Server is a network server that automatically offers and assigns default gateways, IP addresses, and other network parameters to the server. 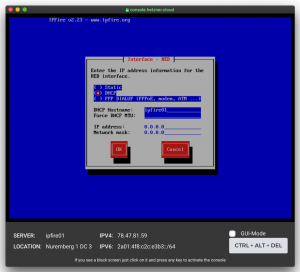 Since the user does not have any services running on the GREEN network instance yet, they need to enable access to the Web User Interface over the Internet. This operation is done by opening port 444 temporarily by executing the following command:

If the user cannot log in to the web user interface, they likely need to swap the network card assignments mentioned above.

Since Hetzner is routing all the traffic over its cloud infrastructure, it does not allow access between the hosts on the internal network. Therefore, the user needs to send all the packets they need to the lowest address in their subnet, such as 10.0.0.1 in this case.

To reach hosts on the GREEN network interface from the IPFire system, the user needs to create a static route on the web User Interface routing everything destined to the network created to this address.

Users should configure all hosts on the GREEN network interface with their respective addresses, a subnet mask of 255.255.255.255. Also, the default gateway needs to be set to the gateway address, i.e., 10.0.0.1.

To let the Hetzner cloud know that all the traffic needs to be redirected to the firewall, users need to go back to the network settings and add a new route for 0.0.0.0/0 to the GREEN IP address of the firewall (10.0.0.2). 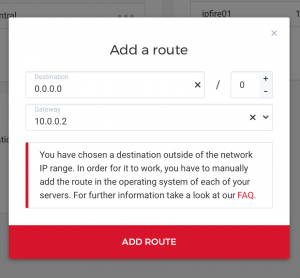 This tutorial presents the steps to get IPFire running on a Hetzner Cloud. Hope this tutorial was helpful, and do reach out to us if you have any query or suggestions.