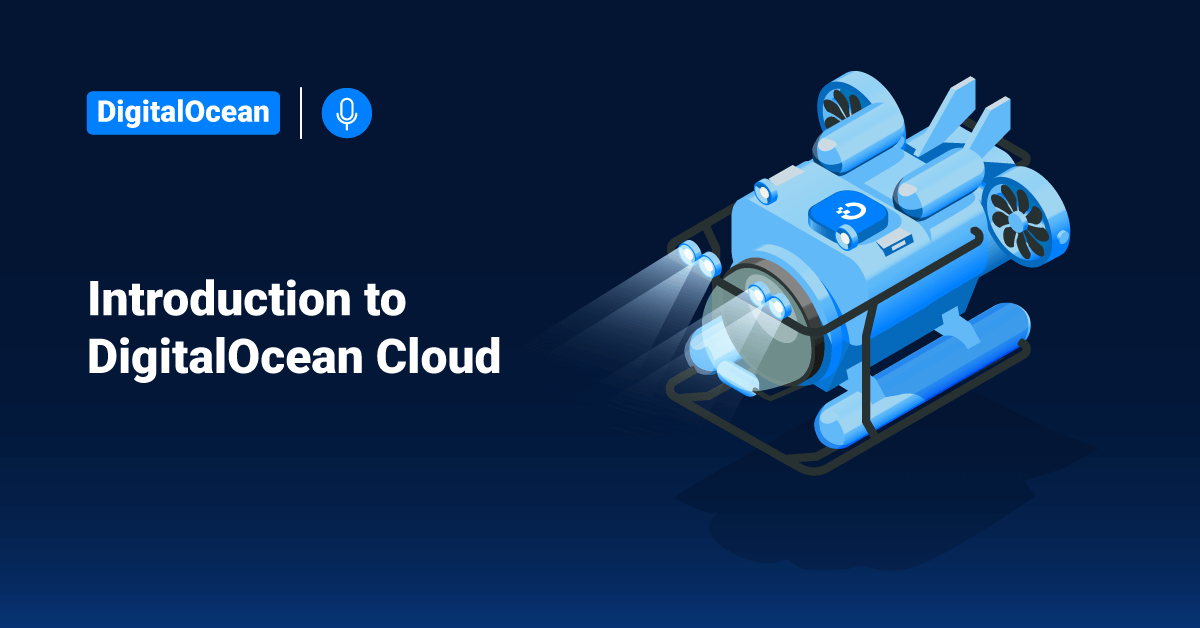 DigitalOcean is a unique and straightforward cloud hosting provider. This article will help you to know more about DigitalOcean Cloud.

DigitalOcean is a unique and straightforward cloud hosting provider. DigitalOcean offers cloud computing services to customers to deploy and develop applications that need to be run across multiple cloud servers. In addition, DigitalOcean provides a simple interface and set-up along with a very affordable price.

DigitalOcean infrastructure is one of the leading cloud service providers based in the USA. Even though the headquarters of DigitalOcean is located in New York City, their data centers are prevalent in each and every corner of the world to offer seamless cloud services across the globe. 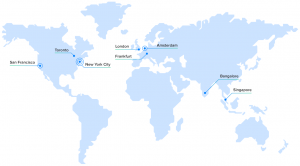 DigitalOcean achieved the title of third-largest cloud hosting company in the world in January 2018. DigitalOcean cloud allows developers to complete any task, such as spinning up a server (droplet), configuring storage, and more in a fraction of time.

Most popular cloud service providers overcomplicate things by offering advanced features compromising the user interface, cluttering it with extra features. But the user interface of DigitalOcean is functional, aesthetic, and without all the whistles and bells that complicate the user experience. The number of one-click features, buttons, and links is optimal in the interface to ensure access to the available functionality. However, this does not imply that DigitalOcean lacks functionality.

DigitalOcean is the perfect cloud provider to manage and deploy scalable web applications. Moreover, the one-click apps offered by the DigitalOcean interface are remarkably regarded among small-scale organizations and software developers. They allow customers to enjoy integration and automation with third-party tools.

Moreover, DigitalOcean offers straightforward and minimalistic APIs for the convenience of its customer. After generating an API, developers can invoke the APIs using standard HTTP tools, including curl. It also offers SDKs for all the developer tools while programming in Python, PHP, or another language of choice. These tools include various plugins and libraries.

Every developer demands high-quality performance from their cloud hosting providers, and DigitalOcean offers the same. DigitalOcean is one of the first providers of SSD-based virtual machines. In addition, DigitalOcean utilized IPv6 before any other service providers even considered it. As a result, the droplets offered by DigitalOcean have a lightning-quick boot time that slates in less than a minute (around 55 seconds).

The cloud servers offered by DigitalOcean are on powerful Hex Core machines with dedicated RAID SSD storage and ECC RAM. Furthermore, it provides private networking among the Virtual Machines for running distributed systems and database clusters in a few selected regions.

DigitalOcean pricing makes it stand apart from its competitors as it offers similar hosting services for a much affordable price. The basic plan of DigitalOcean starts at $5 per month.

It also provides monthly and hourly payment options, making it very affordable for individual software developers and small startups to adopt the DigitalOcean platform. Moreover, DigitalOcean ensures high performance despite its pocket-friendly arrangements for software developers. This is the reason why DigitalOcean infrastructure has become one of the most successful cloud computing providers.

One of the most incredible things the DigitalOcean cloud platform offers is an active digital community that assists everyone by holding feedback discussions and answering queries. These discussions have proven to benefit many users.

DigitalOcean infrastructure has always included modern cutting-edge technologies, even if they have not matured completely. In addition, the community experts of DigitalOcean are available to help customers with their bundles of knowledge so that the customers can enjoy the freedom of mobility with little to no restrictions at all.

The DigitalOcean data centers are available in the following regions:

In reality, DigitalOcean is not a competitor of Amazon as it targets small development teams and individual users who want to stage up small instances with high performance. Many usually go for AWS as their cloud provider because of its popularity. However, if a person is looking for a cost-effective computing solution, DigitalOcean is the best option. The below table represents some of the differences between DigitalOcean and AWS: