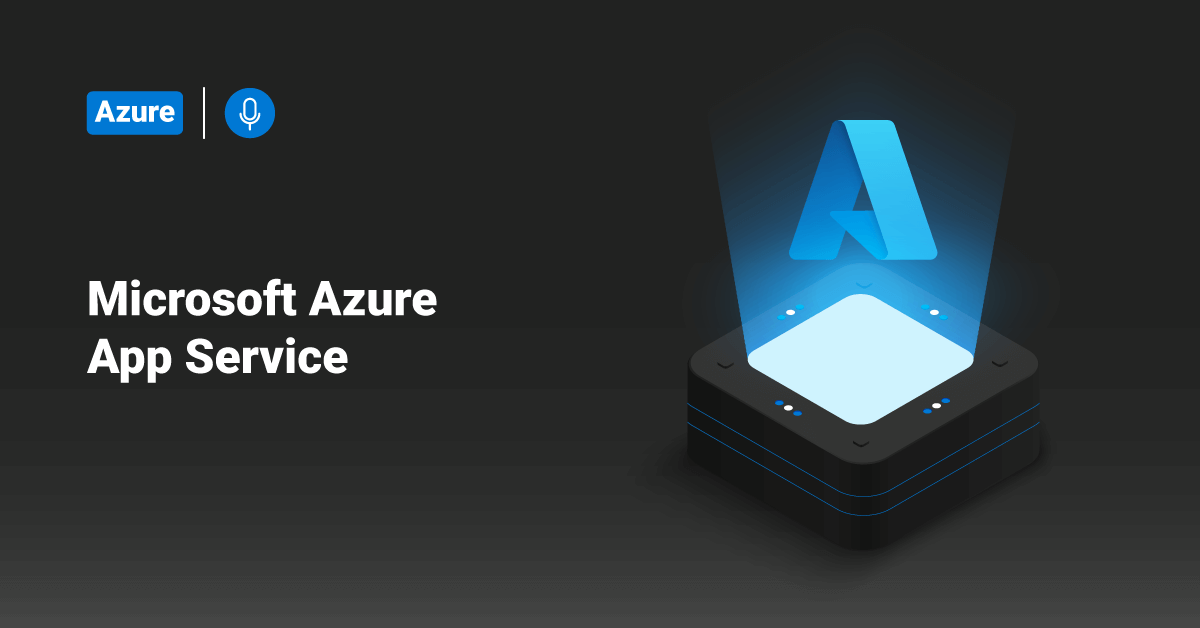 This article presents a brief introduction, features, and limitations of the App Service offered by Microsoft Azure.

Microsoft Azure App Service is an HTTP-based service for REST APIs, hosting web applications, and mobile back ends. Users can develop these apps in their favorite language like Java, Ruby, .NET, .NET Core, Node.js, Python, or PHP. In addition, azure applications can scale and run on both Linux and Windows-based environments with ease.

Microsoft Azure adds certain advantages to these App services, such as load balancing, security, automated management, and autoscaling. In addition, users can take advantage of its DevOps capabilities, such as continuous deployment from GitHub, Docker Hub, Azure DevOps, and other sources, staging environments, package management, TLS/SSL certificates, and custom domain.

Some of the key features offered by Microsoft Azure App Service are:

App Service maintains and patches the Operating System and language frameworks for the user. Therefore, developers should spend time writing great apps instead of worrying about the platform, as Azure does that for the customers.

In Azure App Service, users can dockerize the app and host a custom Linux or Windows container. It can also run multi-container apps with Docker Compose.

The Azure App Service helps users set up continuous integration and deployment with GitHub, Azure DevOps, BitBucket, Azure Container Registry, or Docker Hub. They can promote the service updates through staging and test environments. Users can manage and monitor their apps in App Service by using the cross-platform command-line interface (CLI) or Azure PowerShell.

Azure App Services can scale up or down their services automatically or manually at any time. Users can host their apps anywhere in the global Microsoft’s data center infrastructure. In addition, the Service Level Agreement (SLA) promises high availability.

Run a script on-demand or code snippet without explicitly managing or providing infrastructure, and pay only for the compute time user code actually uses.

Users can choose from an extensive list of application templates in the Azure Marketplace, such as WordPress, Drupal, and Joomla.

Connections to on-premises data and Software as a Service (SaaS) platforms:

Users can choose from more than 50 connectors for Software as a Service (SaaS) platforms (such as Salesforce), internet services (such as Facebook), and enterprise systems (such as SAP). In addition, it offers access to on-premises data using Azure Virtual Networks and Hybrid Connections.

Besides App Service, Microsoft Azure provides other services that can be used for hosting web applications and websites.

Some of the limitations of the Microsoft Azure App Service are:

This document presents a brief introduction, features, and limitations of the App Service offered by Microsoft Azure. Hope this tutorial was helpful, and do reach out to us if you have any query or suggestions.

Focus on your business, and let us take care of your Azure Cloud Infrastructure!
From what you are reading, it seems you are interested in Azure Cloud and related technologies. If you have a moment to spare, please take a look at our Managed Azure Services, which might interest you even more!
Managed Azure Cloud